The Shoei GT Air 2 has arrived at Champion Helmets and today we are comparing both the original GT-Air and the all new GT-Air 2. 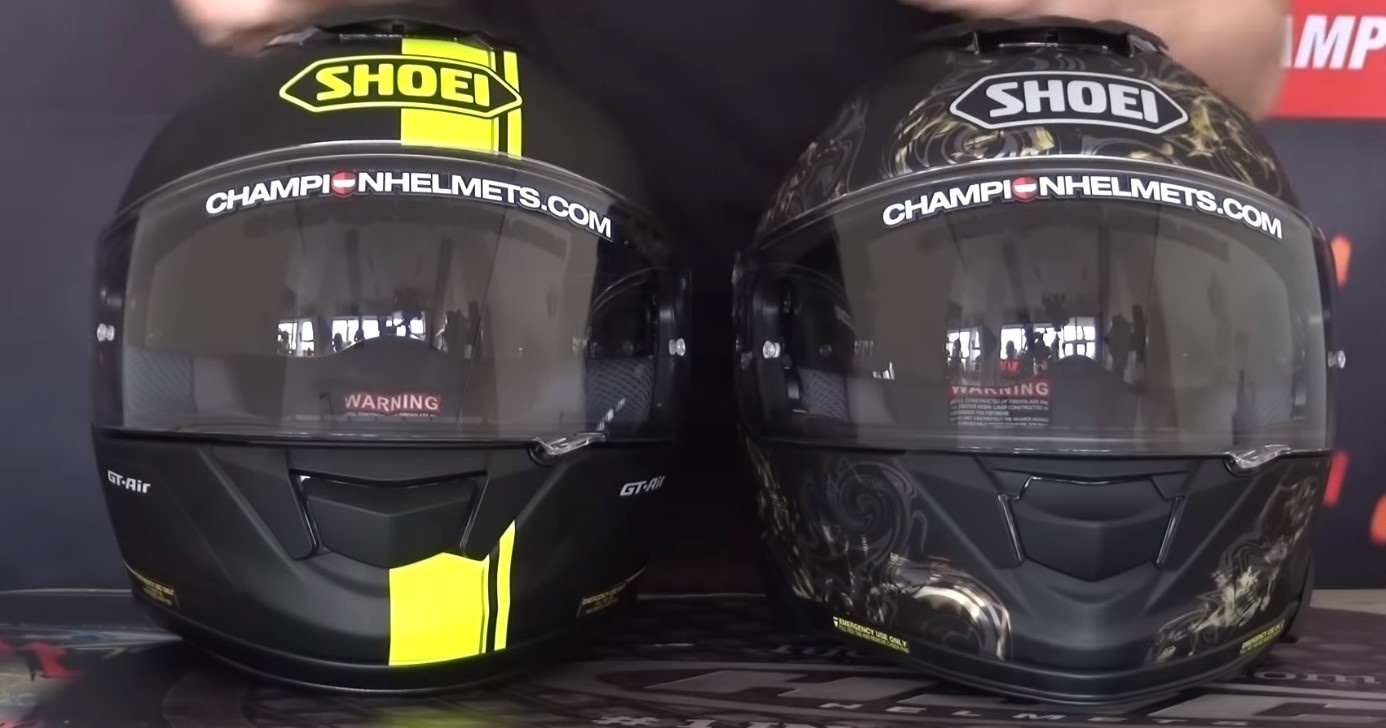 So let’s start on the shell. First of all the aerodynamics were reworked on the new Shoei GT-Air II. So you can see the shell has more pronounced ridges on it up top and also on the chin. This is also present on the original helmet but to a lesser degree. This has been a result of some windtunnel testing and helps primarily with aerodynamics. Overall it has been given a sleeker and more sporty look.

We also have a reworked ventilation system. Overall it is meant to provide stronger ventilation and each vent has been adjusted. The chin vent looks a little different and brings in a little more air and it is the same story on top of the helmet. The main difference is at the back and is immediately noticeable. You can see that the original has an adjustable system integrated into a mini spoiler. This is gone on the Shoei GT- Air 2. Instead there are 2 extractors which are always open. So it brings air out over this larger spoiler this is an example of one of the more visible changes. 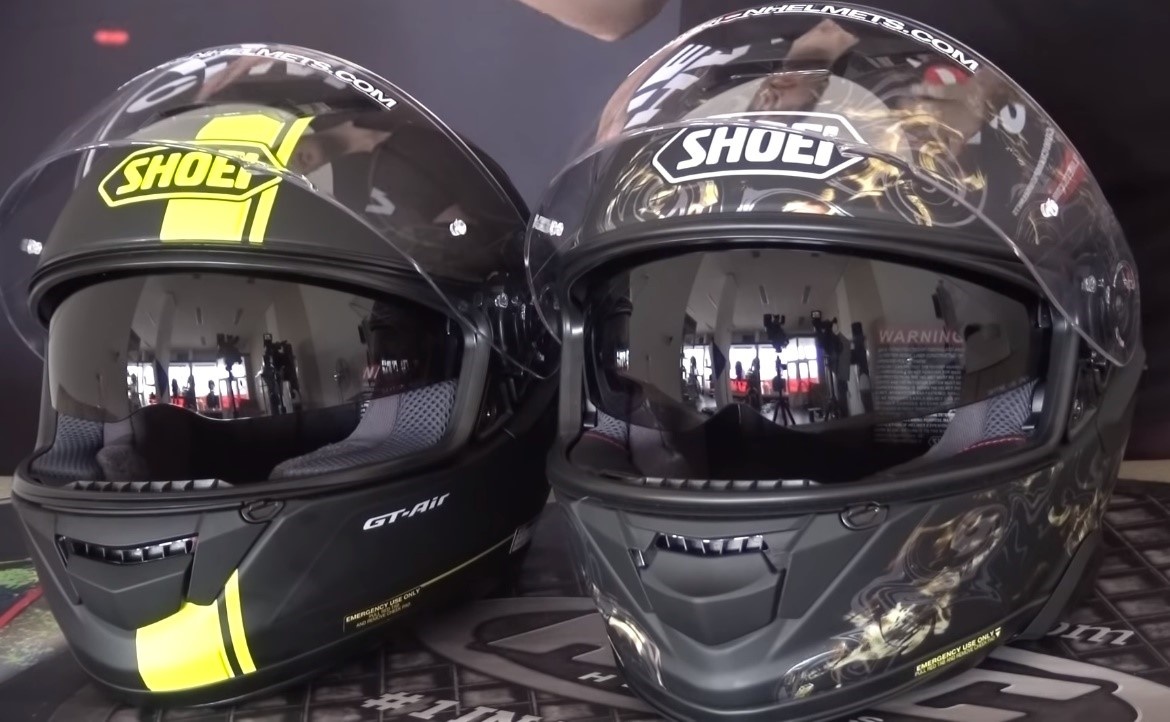 The internal sun visor got some love from Shoei as well. It will drop down a bit lower as you can see on the picture. It will actually drop a full 5mm lower. The cut out for the nose has been improved for comfort as well. So this isn’t huge but Shoei addressed a common thing people wanted from the original GT-Air. The visor got a new cracked, city position as well. So this is more comfortable for lower speed riding and was something that we missed on the original. 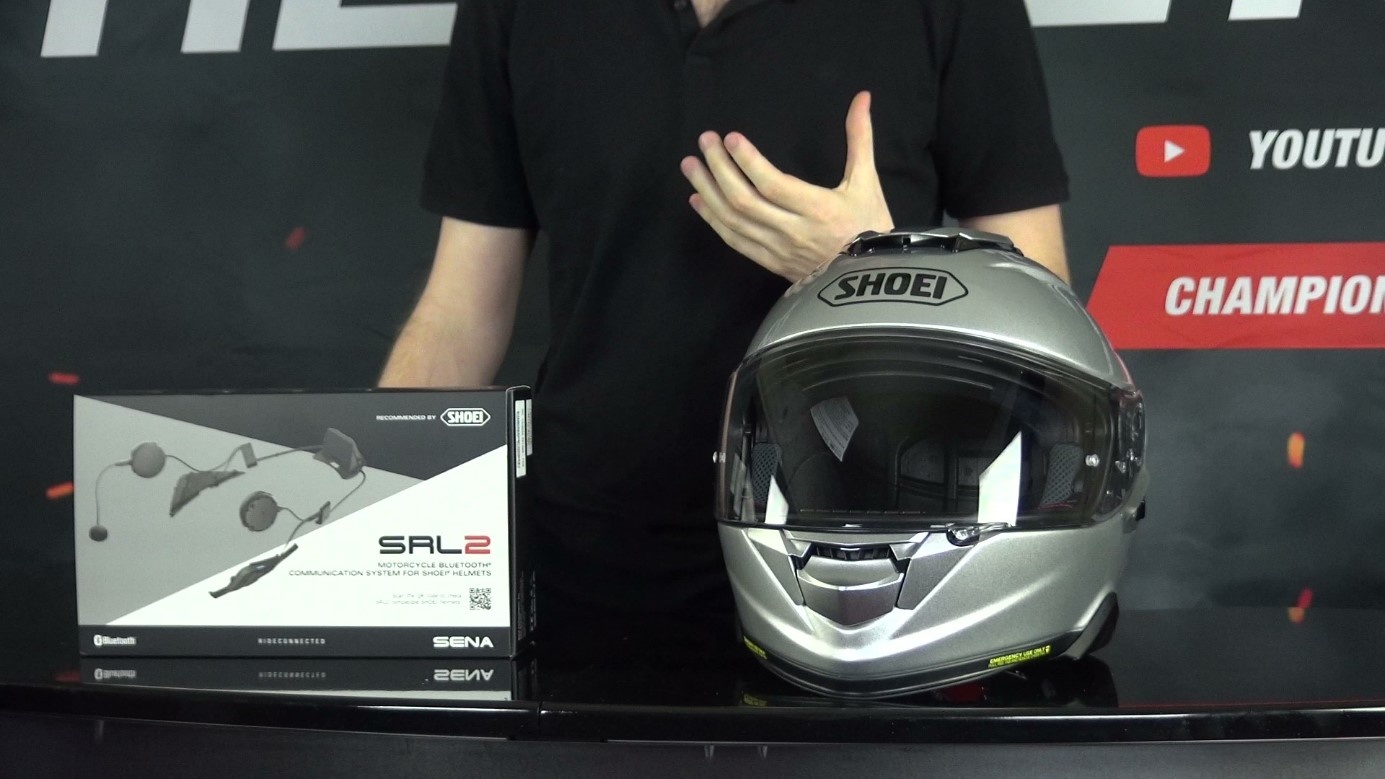 The next most visible change has been made at the bottom of the shell, on both sides. These 2 compartments are meant for the Sena SRL 2 communication system. So a major difference is that the GT- Air 2 is now specifically prepared for that specific SRL-2. These two compartments can be popped out with a tool you get in the box from Shoei and some of you may have noticed that this is almost exactly the same system as the Sena SRL 1 for the Neotec 2. Essentially the SRL 2 can now also be used for all Neotec 2 helmets released after 8 March 2019. Here you can find a movie How to install the Sena SRL2 in the Shoei GT Air 2 helmet. 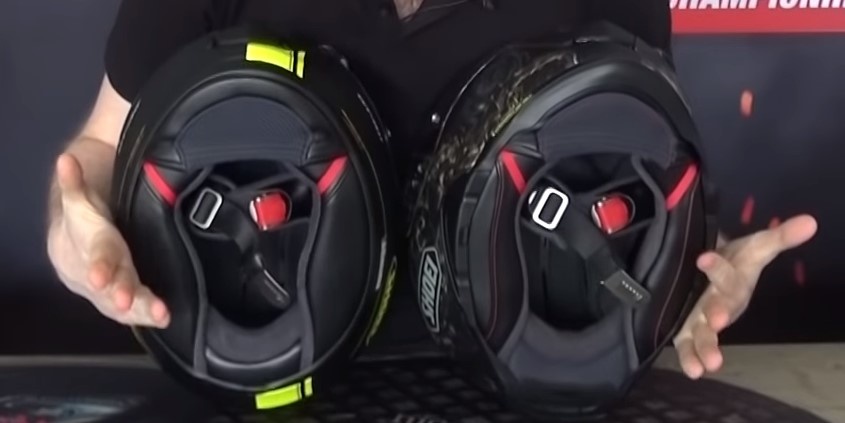 On the inside the helmet is pretty much the same. The liners are almost the same except for a couple little things like how the head liner connects. In the chin, there is also space to fit the mic of the Sena SRL 2 Bluetooth System on the GT Air 2. So overall, nothing has really changed inside.

The last change really is that the Shoei GTAir 2 is now about 50USD/43EUR more expensive than the original GT Air. Now this isn´t a nice change but overall, they’ve made plenty of improvements and this represents just over a 10% increase in the price of the helmet. So I’ll let you guys be the judges on this particular change.

This has been our comparison of the GT-Air and Shoei GT-Air 2. If you guys want to see more comparison videos , then make sure to subscribe to us on YouTube and we will keep you up to date with everything. Thanks for reading guys.